"Visitors to sleepy Kompong Cham are surprised to hear it's the capital of Cambodia's most populous province. The province derives its name from the ethnic Cham, or Chinese Muslims, who inhabit many of its villages.
The Mekong River splits this fertile land, which is home to numerous tobacco, cashew and rubber plantations, and because the tourism hubs of Angkor Wat to the northwest and the coast to the southwest overshadow this region, it retains much of its charm." 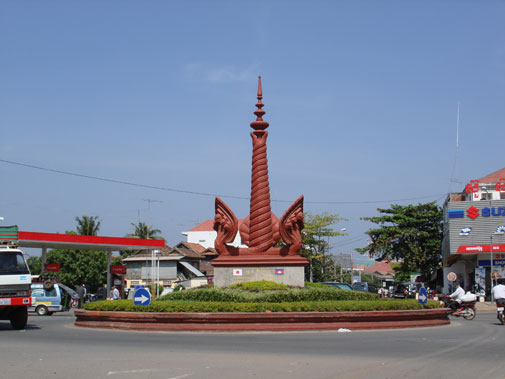